← more from
Elusive Sound
Get fresh music recommendations delivered to your inbox every Friday.
We've updated our Terms of Use. You can review the changes here.

Show Me a Dinosaur

by Show Me a Dinosaur 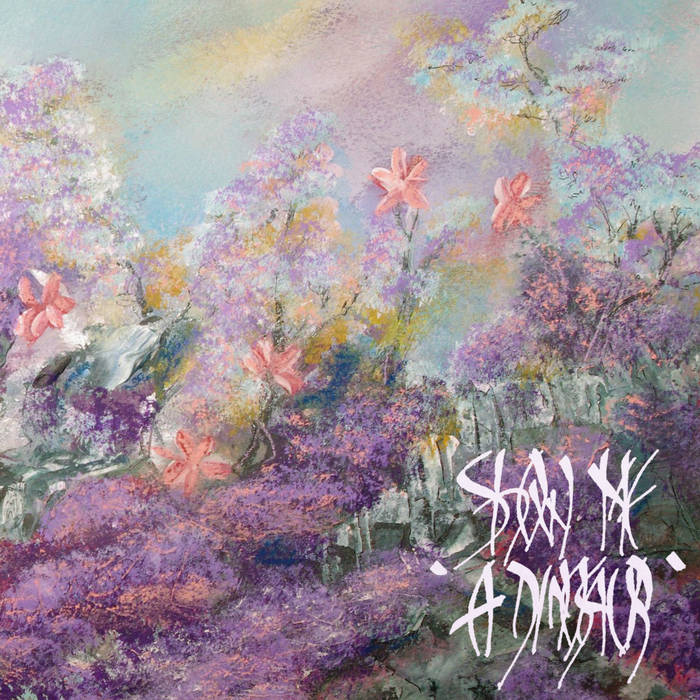 Eric Vegas It’s a little bit Ghost Bath, a little bit Deafheaven, but more interestingly, a little bit Aussitot Mort as well. Yet none of the tracks are any of those groups in totality. Love the different vocal styles throughout, really showcases how not all screams sound alike. A truly beautiful release from the other side of planet earth, cheers from Vegas! Favorite track: Lights.
more...

It is said that almost every element on Earth was formed at the heart of a star. Our bodies are made of their remnants and massive explosions in the galaxies. Everything we are originates from stardust and it continually floats through us.

We are impermanent. We are nothing more than a pattern or a process yet we are at odds with our self-perception. We choose to complicate life. We design a life of self-inflicted stress, negativity and broken habits. We constantly seek control. We do not accept what is and we do not let go of what was. We lose faith in ourselves and in our journey. There are times we wish our life away.

There is a need for change, a change Show Me A Dinosaur also felt they needed after their critically acclaimed 2011 debut “Evolvent EP” and 2014 dark, brooding masterpiece “Dust”. This genre-defying band, consummate masters at blending post-metal, post-rock, shoegaze and ambient doom, felt an unwavering desire to also explore a far more desperate and harsher black metal sound, to persuade listeners to identify what is truly important to them and shift the focus of their determination. Music that would awaken their decisiveness to fearlessly choose to walk their own path, away from those who hate, who seek only war and require the sacrifice of happiness and self-respect.

This trailblazing Saint Petersburg band now consisting of Pavel Gorshkov (Guitar), Artem Selyugin (Guitar, Vocals), Anton Gataullin (Bass) and Aleksandr Vershinin (Drums) has evolved into one of the most intense and awe-inspiring bands in Europe. Mixed and mastered by Mikhail Kurochkin, “Show Me A Dinosaur” is a juggernaut of raw emotions and technical prowess, fuelled with a sense of urgency, encouraging listeners to follow their bliss and live life to the fullest.
-Elusive Sound

Show Me A Dinosaur’s sound has really evolved since their last album, “Dust” and they gave us a glimpse of their future when they released the “Vjuga” single. This vision of the future has become fully realized with the release of this self-titled album, and it is truly something special.
Show Me A Dinosaur has raised the bar, and married post-rock and black metal into something I’ve never heard before. It has a lot of the characteristics from both genres at the forefront of their sound, but nothing gets muddled in the mix. The blast beats, frantic strumming with overdriven guitars, and the screams drowning in the noise dominate the sound, but the structure of the sound is signature post-rock, flowing riffs and swaying melodies, creating passages from one feeling to the next.
The production is top-notch, the mixing is everything I would hope for, and the sheer amount of skill that it takes to make something so cutting-edge is wildly impressive.
-Aaron Edwards, Arctic Drones

Show Me a Dinosaur recommends:

Bandcamp Daily  your guide to the world of Bandcamp